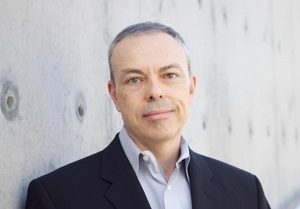 Dr. Alfred Calabrese enjoys a diverse career as conductor, educator, composer, scholar, and church musician. He has been director of choral activities at Southern Methodist University, Emory University, and Brevard College, and a Visiting Professor at Indiana University, and guest lecturer at the University of Notre Dame, the University of South Carolina, and the Conservatoire de Versailles. Since 2006 he has been the Director of Music at Saint Rita Catholic Church in Dallas, TX, where he oversees a music program with six choirs including the newly formed St. Rita Choral Academy, professional singers and organists, and five full staff members.

Calabrese holds the Master of Music and Doctor of Music degrees in Conducting from the prestigious Jacobs School of Music at Indiana University. He has prepared choirs for several prominent conductors including John Nelson and Sir David Willcocks, and in the early 1990’s was an assistant conductor to Robert Shaw and the Grammy © Award winning Atlanta Symphony Chorus.  He worked in close collaboration with Maestro Shaw for three years, rehearsing the Chorus in works as diverse as Mahler Symphony #2, #3, and #8; Berlioz Romeo et Juliette; Janáček Glagolitic Mass, Verdi Quattro Pezzi Sacri, and the annual Christmas with Robert Shaw concerts.

Possessing an affinity for compositions for orchestra and choir, his repertoire includes, among others, major works of Bach, Brahms, Britten, Mendelssohn, Mozart, Schubert, Handel, Haydn, Stravinsky, Fauré, Duruflé, Poulenc, and Pärt, and well over 500 smaller pieces for choir alone. In 2007 he led performances of I Pagliacci and Cavalleria Rusticana for the Atlantic Coast Opera Company. His orchestral repertoire includes symphonies and concerti of Beethoven, Mozart, and Dvorak.

He has been a guest conductor and clinician in America and abroad and is an active composer, focusing on writing music for liturgical use. In 2013 and 2019 Calabrese was a guest conductor at the Conservatoire de Versailles, and of the l’Ensemble Polyphonique de Versailles. He is a regular contributor and commentator on the national music scene in America, where he writes for the website Corpus Christi Watershed. His research on the music of Benjamin Britten is housed in the Britten-Pears Library in Aldeburgh, Suffolk, England. Alfred Calabrese resides in Dallas, TX with his wife Cynthia. They have two adult children.